Some Basic Elements Of An MST Claim

Military sexual trauma is, unfortunately, very common, affecting as many as one in four female servicemembers.  The term includes not only involuntary sexual relationships (e.g. a CO implies that preferential treatment will follow a sexual relationship) or repeated, threatening, and unreasonable behavior of a sexual nature.

Due to the unique nature of these claims, mostly the lack of documentation and the nature of the injury, there are some rather unique rules that govern these cases.

Sexual assault and sexual harassment – the two types of military sexual trauma – are among the most under-reported criminal and civil infractions in the civilian world. Many women do not report assaults essentially because they do not want to re-live the events, and many civilian workers do not report sexual harassment due to fear of retaliation. Men are even more reluctant to report sexual harassment or assault. So, when the Veterans Administration reviews MST claims, traditional pieces of evidence, such as incident reports, are not available.

Since establishing a link between the traumatic event and military service is still an essential element of the claim, the VA will consider an array of alternative evidence, including:

In many cases, the VA will even accept indirect proof, such as marital difficulties, transfer requests, and unexplained behavioral changes, if there is no other way to corroborate the victim’s statement.

Military sexual trauma by itself is not a compensable condition, but since Post Traumatic Stress Disorder or some other condition nearly always accompanies sexual trauma, this hurdle is usually not difficult to overcome.

There is a scientific link between MST and PTSD. Furthermore, doctors now understand that PTSD is not merely a processing disorder but a physical brain injury. In these instances, exposure to a traumatic event causes the amygdala to release certain hormones that alter the brain’s chemical composition. That’s why many sexual assault victims have such a hard time telling their story, because they are biologically unable to provide key details.

Of course, not all sexual harassment situations cause that type of damage, especially if the MST consisted of persistent sexual advances. But retaliation can also cause PTSD-like symptoms. Furthermore, if the applicant does not suffer from PTSD, any other condition will suffice, such as anxiety disorders, panic attacks, depression, or substance abuse.

In many of these cases, the complainant received a medical service discharge based on a personality disorder, and that designation short-circuits any claim for VA benefits. So, it is often necessary to petition the service branch to change the reason for discharge before benefits can be obtained.

In addition to the financial benefits available, which are normally retroactive to the date of injury, substantial noneconomic benefits are available as well, such as counselling and healthcare for related issues, such as venereal disease. Applicants receive these nonfinancial benefits even if the underlying claim is denied, in most cases.

VA benefits are available for most MST victims. For a free consultation with an experienced lawyer for veterans, contact Lunn & Forro, PLLC. What Is the VA Benefits Direct Deposit Schedule?

The VA benefits direct deposit schedule determines when you will receive your VA benefit check. If you have just been approved for VA benefits then How Many Veterans Receive Disability Compensation?

Millions of veterans across the country depend on Disability Compensation benefits to meet their basic needs. Enrollment in the VA benefits system Veterans with Hearing Loss Many veterans are among the 30 million Americans with some form of loss of hearing, largely because these individuals are at

“It was a great experience. Everyone was very helpful and wonderfully patient. They answered all of my questions and explained everything to me. I would recommend Lunn and Forro to anyone in need of help on their claim.”
River B.Raleigh NC
Attorneys and staff were very helpful and on top of everything. They were very professional with vast experience in handling SSDI claims and Veterans disability claims. Glad I chose them.
Gary M.Fayetteville NC
Liz and Lila make a great team, it was always a pleasure to speak with them and they returned all my calls and emails promptly. 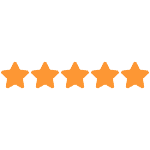 Clientposted on Lawyers.com
My experience with Ms. Forro was an absolute gift! She was understanding, knowledgeable, and considerate. She and her staff did their best for me. I will forever be thankful to Ms. Forro. Thank you Ms. Forro. God bless you!
Dallas G.Fayetteville NC
After numerous calls to other attorney's this law firm was the only one to take my son's ssi case. We spoke on the phone and she made me feel better and also listened to me and helped me a lot. Regardless of what the outcome is I would recommend this law firm. They seem genuine and so far I'm very impressed. Thank you so much!

Monicaposted on AVVO.com
I couldn't ask for a better experience! The case workers and lawyer all made this process so less stressful. My questions were always answered. Lunn & Forro were always on top of everything and were quick to file, appeal and anything else SSA needed. I couldn't have asked for a better lawyer and team working for me and believing in me.
Sarah B.Raleigh NC
Previous
Next

Established in 2011, Lunn & Forro, PLLC, is a client-focused firm recognized for excellence in providing top-level legal services. We assist the sick, injured and disabled in obtaining the benefits that they are entitled to receive.

*Prior results do not guarantee similar outcomes because each case is unique and must be evaluated separately.

DISCLAIMER: The content on this site is not offered as legal advice. It is for informational purposes only. It does not create an attorney-client relationship and you should not rely upon it as a source of legal advice.